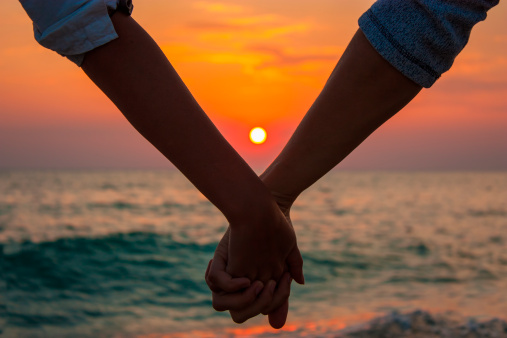 “When we wake up we don’t kiss, we touch gloves.” Phyllis Diller;

Come on, admit it… couples argue, fuss, fight and verbally spar.  I haven’t met a couple yet who can say they don’t.  Husband and wife, two fiery personalities, two strong opinions serving each other an appetizer of disappointment, a main dish of hurt and a side of pain and frustration. Stop the insanity!

I read a quote several years ago that goes like this: “A successful marriage is the union of two forgivers.”  How true!  Unfortunately, I feel that over the years I’ve had to ask for forgiveness more than most.  There is nothing worse than disappointing my wife or hurting her feelings. I cringe at the thought of not being in perfect relationship with my Karen.  Thank the Lord she is a forgiver.  God knew I needed a loving, forgiving partner like Karen to help me grow into the role of husband and father.

I really don’t think I’m standing alone as a person who needs a lot of forgiveness. David said to the Lord in Psalms 130:3, “If you, O LORD, were to keep track of sins, O Lord, who could stand before you?”  We mess up in life and in our marriage; we mess up a lot.  We need forgiveness and we need to be forgivers.  God has always been faithful to extend us His unbelievable grace and forgive us at a moment’s notice.  It’s a little tougher for us to do the same.  Wouldn’t it be awesome if we woke up every morning, for the rest of our lives to kisses instead of touching gloves and preparing for a bout?

One of the key attributes of all great men and women who follow Jesus Christ is that they understand the importance of rapid repentance: the asking of forgiveness and then turning from the thing we did.  We could make it easier for our spouse to forgive if we would be quick to recognize our failure and ask for forgiveness. The Lord has made the act of repentance simple because He has made His grace easily attainable.   Maybe we should learn to be better grace givers and offer forgiveness freely. Isn’t that what we get from the Lord?

Jay and his wife Karen have been around New Covenant for many years. Jay served as worship pastor before taking on the outreach efforts of the church.